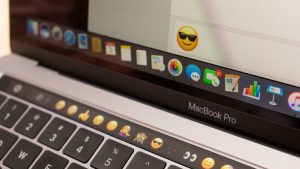 I was sitting at a nearby Starbucks last year, sipping on an over-priced latte, and reading when I noticed a young couple from the local college studying together. They were sharing a Macbook and apparently were working on a report. While the young lady was typing, the young man took a break and started tapping on his iPhone. Now, I must reveal that I love people watching. Airports and malls are the best but coffee bars and libraries work well too. You can really pass the time just figuring out the nuances of what folks are thinking and doing with their lives.

After some moments of tapping on his iPhone, the young man smiled broadly and whispered to his friend. She smiled and they both began a long dialogue on some mysterious (at least to me) subject. He then went back to his tapping and she returned to the typing on the Macbook.

As I was preparing to leave, I went to the cashier and ordered a coffee to go for my office manager. While waiting, I could hear the young man speaking. He was happy for a friend of theirs who apparently sent out a Twitter announcing his success with a midterm exam. He’d called for his compatriots to meet him that evening at a local watering hole, which happened to be having a special on Buffalo Wings (two for one deal!) and pitchers of beer.

What did this moment of eavesdropping tell me? Well, for one thing, I could get cheap wings locally instead of driving to the neighboring town. I also learned that young people really do rely on Twitter and Facebook (this part was assumed) to drive their social engagements.

I’ve since worked with multiple clients who have had smartphone apps built for their businesses that have already built a strong following in Social Networks. All but one of these clients also decided to use their mobile app in concert with their Social Networking. This means they gave their clients access to their Twitter feeds, Facebook posts and blogs via their smartphone apps. This immediately streamlined their New Media posts into one platform yet enabled a distribution on multiple channels.

I took the information that I learned from these clients and started using this with new clients. One new client was a restaurant and entertainment facility. I pitched to them the following reasons why mobile technology should not be ignored and they agreed wholeheartedly. Not only did they agree, but they also ran with the idea. They’ started using QR codes, instant coupons, Social Media blasts (notifications to users of their app), email capture tools, online menus and reservation systems and more. All in all, they ran with the whole idea of New Media and smartphone technology with great success.

Now, before we get too involved, let’s hit those seven key reasons:

The first reason directly relates to my experience with the Starbucks customers and to my recent client. Social Media already works on smartphones and can be hosted within a smartphone app. Let’s say you have a Twitter account for your restaurant. You use it to entertain and inform your followers. You continue to do this while bringing your exclusive stream of Tweets into your smartphone app. This means your app shows only your Tweets where the messages are not obscured by a Twitter-follower’s other streams.

The second reason is somewhat obvious. If you had a chance to have a billboard at the entrance of every neighborhood – branding your business every day – would you consider it? What about having your brand on the audience’s smartphones 24 hours a day?

When you employ Push Notifications, the email world becomes somewhat obsolete and lonely. People read push notifications almost immediately. They’re a treat for some people. If you use Push in addition to email advertising, you will see far more effective promotions take shape.

Peer review and referral are already very vital and are becoming more important with social media. If your customers share your app with others, then the receivers automatically have an ‘understood’ or ‘implied’ value to the app. Why else would my friend send me this app if they didn’t like it? When more users have your app, your social media and push notifications become far more effective.

Using mobile tools to share information becomes an easier proposition to understand when you can use the immediacy of communications to help promote “band night”, “Two for One appetizer specials”, or “Buy one, get one” deals on a slow evening. What’s the value of one more customer on a slow night?

If the previous items are addressed, you’re going to be more apt to attract new customers. Recall that your customers will market your restaurant for you. A good mobile app developer will integrate tools to allow for sharing of the app with their friends, family and co-workers.

You can tie everything together with good customer service. As you know, once you’ve earned a new customer, you really need to keep them. In this economy, you may find it’s easier to keep existing customers happy – even if they reduce the frequency of their visits. Use a mobile app and social media to make all customers feel welcomed. Use the feedback from Social Media and built in app tools (like comment pages) to not only make improvements, but to share with potential new customers.

Dave Carter is a creative consultant with iDesign Media Solutions, a New Media design and smartphone application development company located in North Carolina. Smartphone users can take advantage of technology by using smartphone apps which help them improve their lives. Mobile apps and mobile web solutions can be discussed with the experts at /